HomePOLITICESIn addition to the headlines of executioners, Nino Savastano a man who...
POLITICES

In addition to the headlines of executioners, Nino Savastano a man who has spent a lifetime for the social 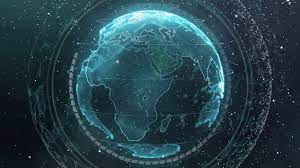 The news that emerged in recent hours, which sees the regional councilor Nino Savastano involved in a judicial process, has generated a feeling of despair, but also of closeness, for the many who have had the good fortune to meet on the field, on the front line , the politician and man, Nino Savastano.

Because those who have got to know him know that alongside his battle for the search for truth, he will not be alone.

Savastano is known in the Salerno neighborhoods, by men and free people, at the forefront of social issues, a field that is often adrift in emergencies, little known, but which needs space and resolution of the real problems that afflict citizens.

In these long years of political career and as a councilor for social policies, Salerno boasts a respectable record for commitment and resources invested in this field.

Social policies come across shared responsibilities that have never been lacking in these years of guidance to the councilorship. A man within everyone’s reach, available and ready to welcome from the first to the last citizen in need of the districts of Salerno.

Titles are not enough to tell the meticulous work that is done in the social field and Nino has always been and will always be a reference for those who have always found support in him, a moment of welcome and dignity, respecting the problems that incessantly cross life. of needy citizens.

A city in solidarity and founded on rights, cannot fail to recognize and forget our execution system, there are three degrees of judgment and until then no one is guilty.

And so we must stop, journalistic headlines and hypotheses that do not compete with media public opinion, but with the courthouses.

We must have the courage to hope and wait for the right times of justice, a few lines of justice, but, more news stories, of beautiful stories of social life at the service of a community, which, although shaken, believes in the man who has always been in first line.

More Quality Content Is Needed In Media, According To Niv Jacobi