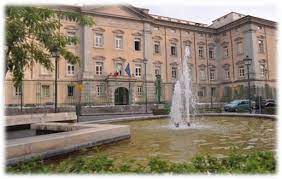 Official news arrives, announced by Amadeus, for the next edition of Sanremo. At the end of the press conference for New Year’s Eve, the host launched the bombshell about the presence of a famous footballer. “I formalize the presence of Zlatan Ibrahimovic every evening.

He will not miss an AC Milan match (although the Milan-Udinese match is scheduled for Wednesday 3 March, the day of the second evening, ed). As an Interista, I tried! This is important news for those who follow Sanremo from all over the world ”. Given the nature of the character, it is easy to imagine exchanges on sporting rivalry with the star of the Fiorello Festival, of Inter faith like his friend Amadeus .

Another fixed name for the entire edition is Achille Lauro , on which the conductor has already stated that he is preparing five “paintings” (high-level musical performances). Already, attention is already high on the performances of the Roman singer, who went down in history in the last edition for his showy moments – first appearance inspired by St. Francis, the kiss with the guitarist Boss Doms and dressing in the manner of the queen English Elizabeth I.

Unveiled part of the team at the center of the entire edition, space also for the names of the female figures, who will join the artistic director for one or more evenings, similar to last year. This group includes Elodie – Already in the competition in 2017 and 2020, defined by the Ravenna as “a girl with many qualities”, as well as “” she has a very strong audience, she is beautiful, witty, funny, ironic ”. At the moment, however, Anna Tatangelo is among the eligible candidates – indiscretion provided by the newspaper Il Messaggero , as well as the Italian queen of twerking Elettra Lamborghini , according to the rumors of Tvblog.

The rumors, however, do not only concern women, but also men. In this regard, the presence of Gerry Scotti is very likely, the only one among the great TV presenters to have never kicked the Ligurian stage. On Jovanotti , a great friend of the Amadeus-Fiorello duo and a popular name since last year, the negotiations seem to be still ongoing.

During the occasion, there was no shortage of hints on the hypothesis, heavily criticized in recent days, of using Costa Cruises’ ship Costa Smeralda as a “quarantine” ship to accommodate 500 people, who would act as a regular audience for the entire event.

On the subject, in recent days both the mayor of Sanremo, Alberto Banchieri, for fear of negative repercussions on the related activities, and the secretary for the Rai Supervisory Commission Michele Anzaldi, deeming this proposal disrespectful, as, in fact, , would circumvent the restrictions imposed on the entertainment world.

In response to the controversy, Amadeus said, “The whole Sanremo area will be reorganized due to the pandemic situation, including the Press Room Area, unthinkable to propose it again due to possible gatherings. The idea of ​​the ship is a wonderful idea to secure the 500 people who will be at the Ariston Theater. We must be very good at securing the whole area and also the people present at the Ariston with precise health protocols. The ship is a ‘bubble’ that would allow with all the checks and swabs to guarantee the presence of the public for 5 days. Cast, journalists and record companies will occupy the hotels in Sanremo, we will also guarantee swabs and health checks for them. ”

Competitors in the race

Meanwhile, the lineup for the five evenings, scheduled from Tuesday 2 to Saturday 6 March 2021 , is being completed, the names of the singers in the competition are already known, together with the titles of their respective songs.